While studying Semiotics of Art at Bologna University, I studied very thoroughly fairy tales too, in their semantic, structural and symbolic aspects.

I graduated with a thesis in Semiotics of Art on the relationship between images and words on fairy tales (in particular it was on Perrault’s Puss in Boots).

During that time, I began writing fairy tales too, as a way to express myself and to speak to ‘adults’ through their symbolic, simple and visual language. I found a publisher that published three of them, with my drawings.  Then I wrote other tales, which will be published in the future.

I began working with performance art using  fairy tales, with the intent of mixing together texts, images, music, space, body, gestures involved in the deep meaning of the story. ( see my first performances). I tried to give body and form to symbols.

From that time I developed my work using mostly performance art and video, and I stopped writing fairy tales, but I haven’t forgotten the beginning!

It may happen that I will write more tales too in the future, I love that!

Here below you’ll find the beginning of my Fairy Tales … for the full story just write me!

The books are sold out, but if there will be a new edition you’ll know it from this website!

Once upon a time, there was a Daisy which had petals of all the colors. Each petal was different from the others: she had a red petal, a green petal, a yellow one, a blue petal and a violet petal.

She was born in a field of white Daisies and when her mother first see that her Daisy was born with all that colors, she was astonished and called her daughter ‘Mystery’.   (…) 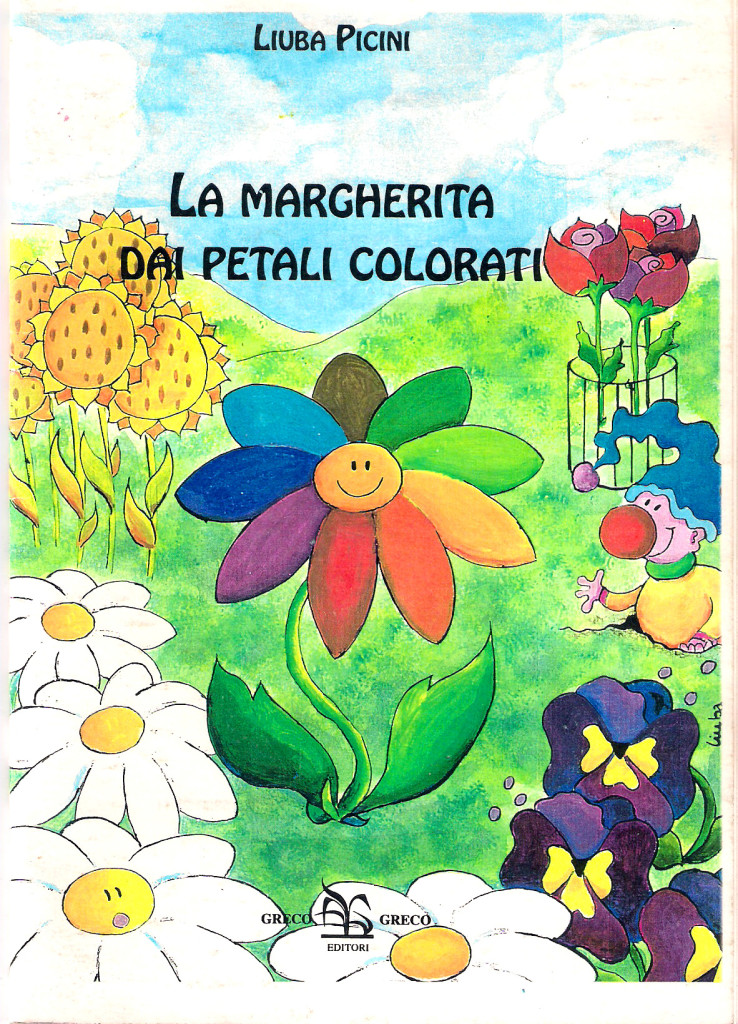 The Frog Sugar and the Strawberries

Sugar, like all frogs, lived in a fresh and beautiful swamp, surrounded by woods and pine forests; on the water surface, scattered here and there, were floating great water lilies, which were home to frogs. All were green, only Sugar was noted between the green of the marsh and the white of the water lilies. (…) 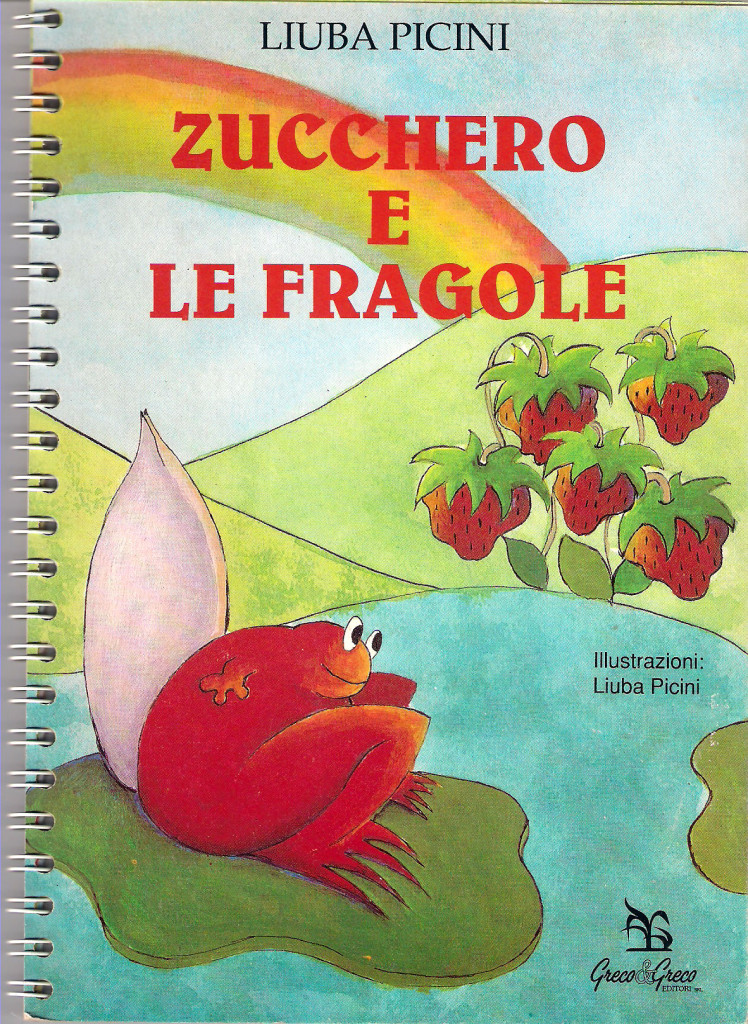 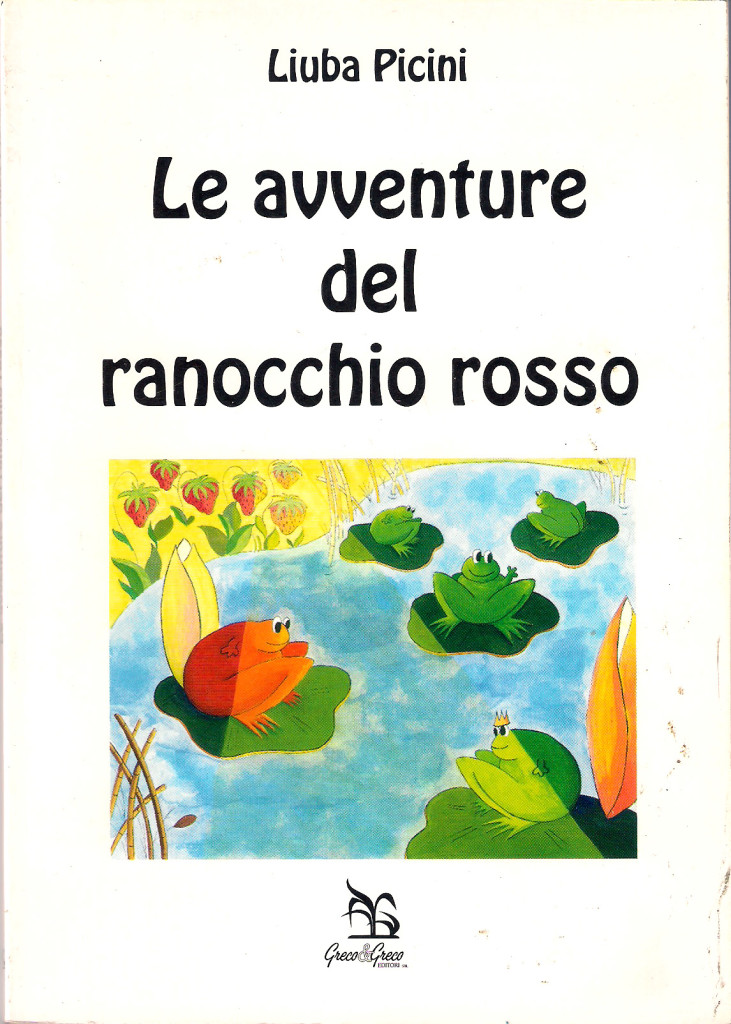 In a dark and narrow toolbox lived a hammer called Woodpecker. Ever since he was a child, a little more than five inches tall, he had been taught to knock on the nails, to bury them completely in the walls: and keeps on hitting, up and down, up and down, back and forth, back and forth

The little girl in love with the Sea

There was once a little girl who lived in a large and busy city. There were so many houses in that city, and so many cars and few trees. Even the sky wasn’t easy to be seen, it was like a handkerchief over the tall buildings.

Every summer, however, after school was finished, Martina (that was the girl’s name) went on vacation by her grandmother, who lived in a small village on the sea. And when she was there she used to go every day to the beach, collecting shells, listening to the songs of the seagulls, looking at the sky to get lost on the horizon and speaking with the sea, which always replied her with soundy waves and foaming breeze.

And one day Martina realized to be so in love with the sea that she could no longer live without him: how nice it would be to live in the depths of his emerald! But how? (…)

Alec, the Glass Car and the Elf of Dreams

Once upon a time there was a boy named Alec. He was a child like all the others, a seven years old boy, going to school and when seeing candies his eyes were shining.

Alec, however, had something very, very strange, very strange indeed: a Glass Car. Yes, you read right, the car was made with glass from start to finish: it had wheels of glass, seats made ​​of glass, glass windows (of course!), the car body made of glass, transparent, from which we could see the engine of glass, the gear of glass, the bolts of glass … (…)

The Legend of the Green Ants

There was once a town entirely full of Ants. Indeed, it was a city of Ants. Huge. And Ants were millions. Many, all black, all the same, all running and all busy …

Do you imagine millions of ants moving in all directions without a moment’s rest? A terrible mess! But without disorder, because each of them knew where to go … They stopped only for sleeping and then the next morning TICCHETE TAC scampering all the time here and there.

It was a very boring life their own, but no one noticed it because they did not know another. (…) 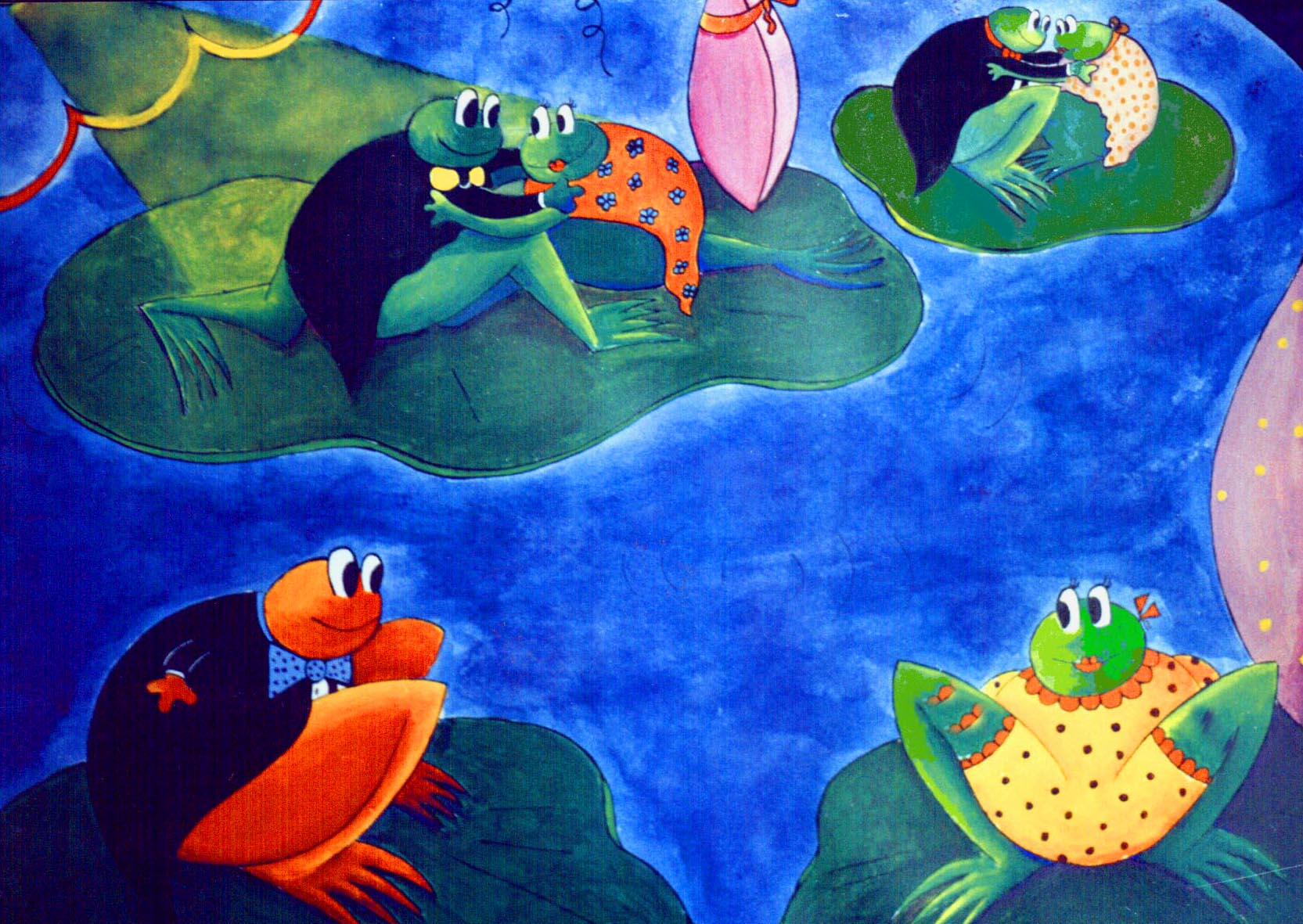