THIS IS NOT A PERFORMANCE ART PIECE 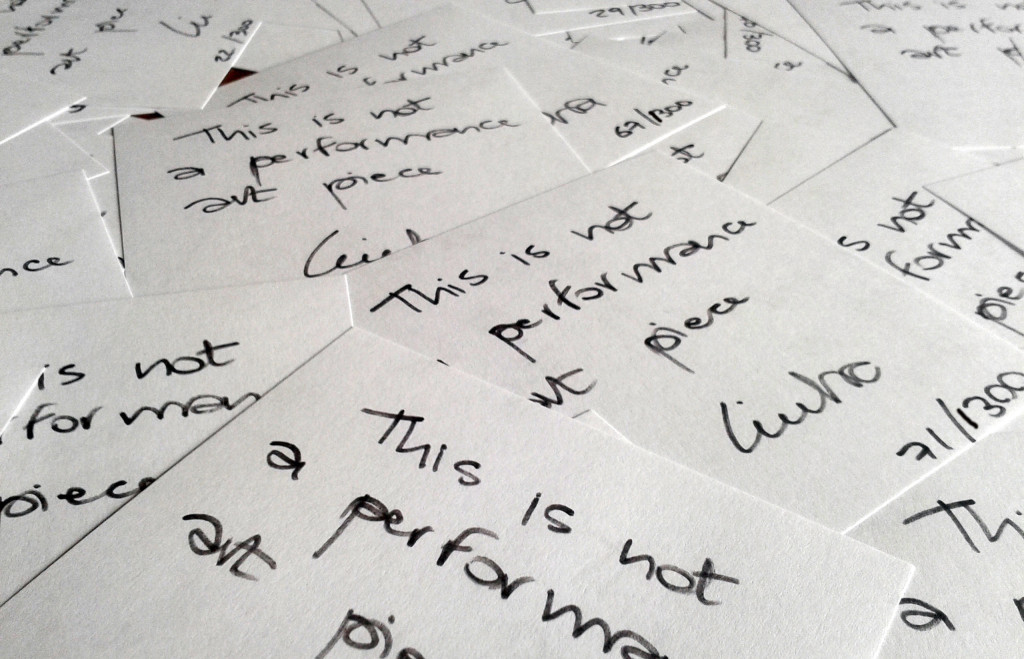 A written statement that questions its own content causes a disorientation in the receivers, leading them to question on the subtle line between what life presents and what art represents.  At the same time the non-performance invites us to reflect on the nature of language and on the concepts of truth and lies, shuffling the cards. Umberto Eco defines the sign “the thing with which you can lie”.

With the denial of the action stated in the text, what takes place is the right opposite of what is declared by the gesture, accompanying the viewer into a territory that pits two concepts in a paradoxical way.

The obvious reference to the trahison des images revealed already by René Magritte materializes in this work with the betrayal of the idea of performance art, wanting it to interact directly with what belong to the réalité.

The meta-performance is based on the paradoxical juxtaposition of image and the written text that denies it, ending the regime of representation based on similarity.

Therefore, relating with the works of Duchamp and ‘One and three chairs’ by Kosuth, the semantic incongruity of the non-performance is the ironical approach to contingent reality, deconstructing and inscribing them in a complex system established by scientific analysis of the act in its context. 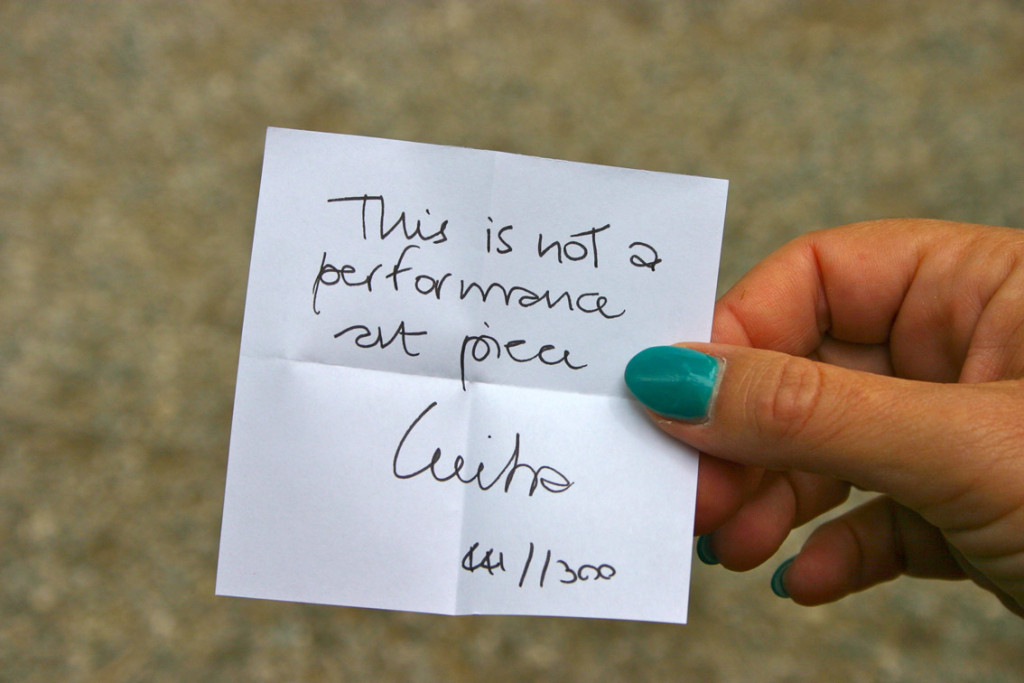 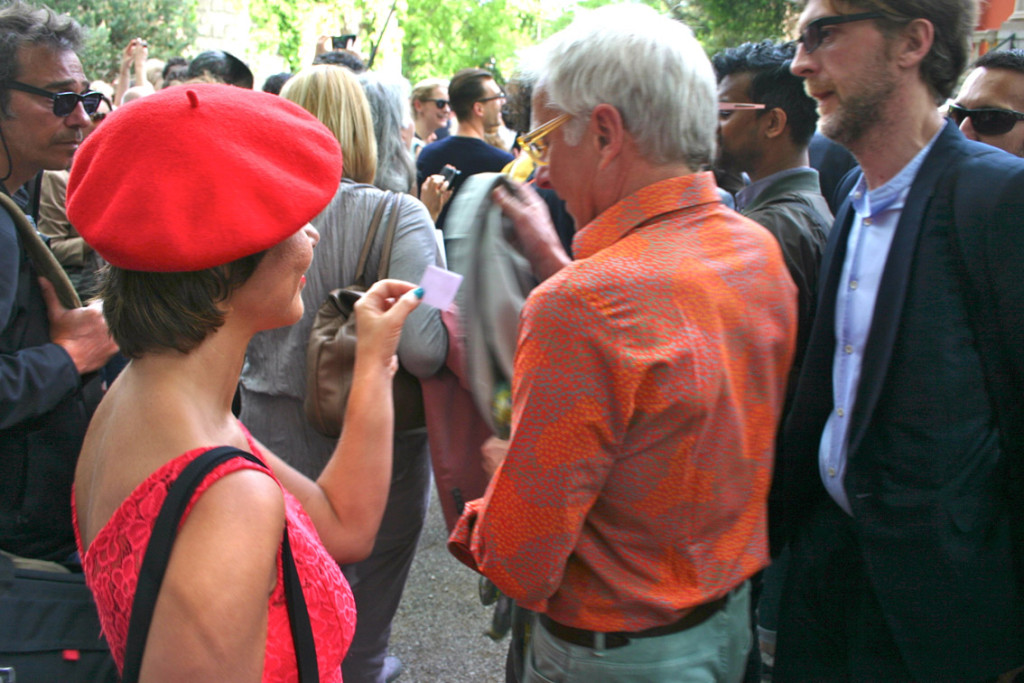